Combined milk production within the major dairy exporting regions of New Zealand, the EU-28, the U.S., Australia and Argentina finished 1.3% higher on a YOY basis during Jun ’20, reaching a record high seasonal level. The aforementioned regions combined to account for over 90% of global butter, cheese, whole milk powder and nonfat dry milk export volumes throughout 2019. 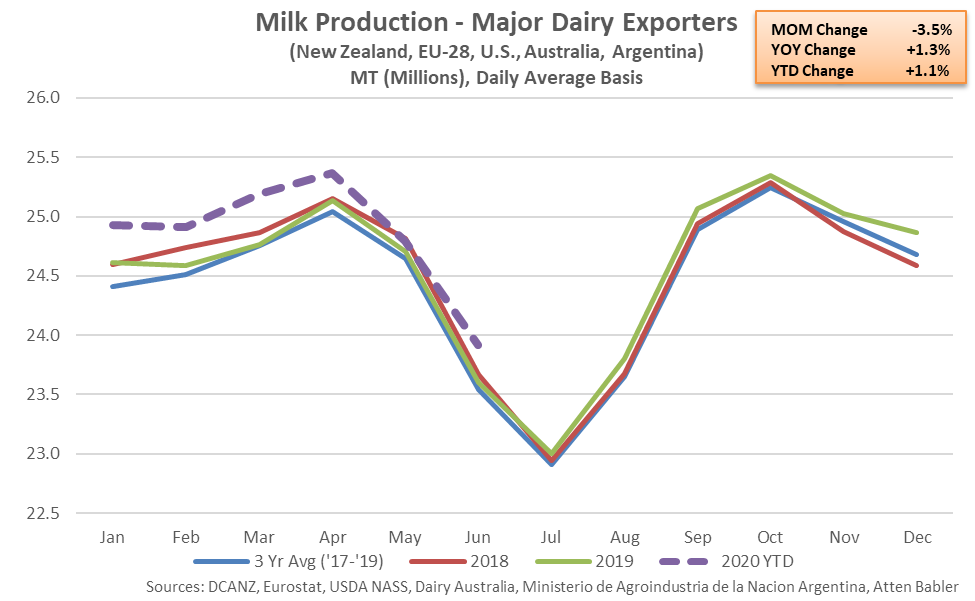 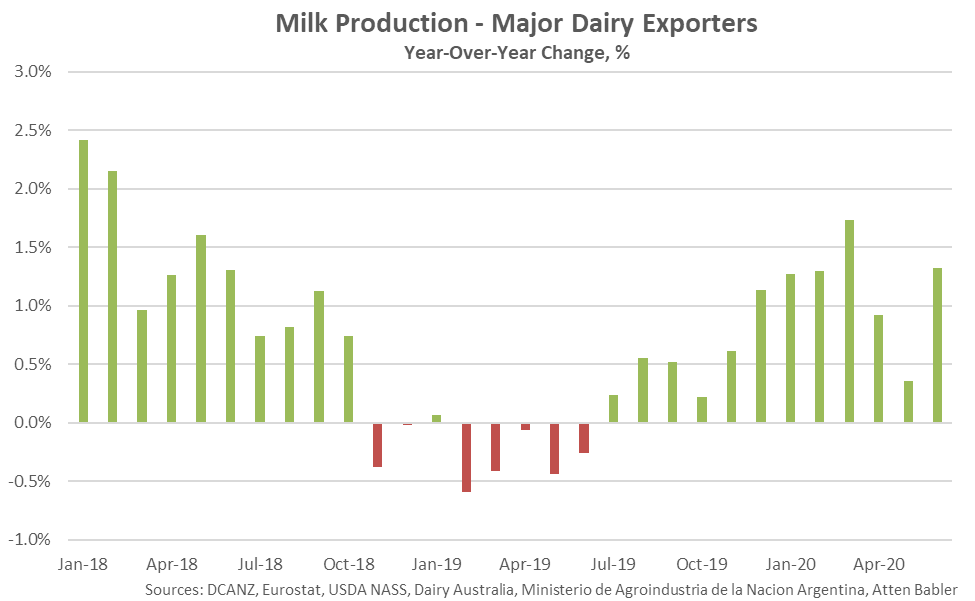 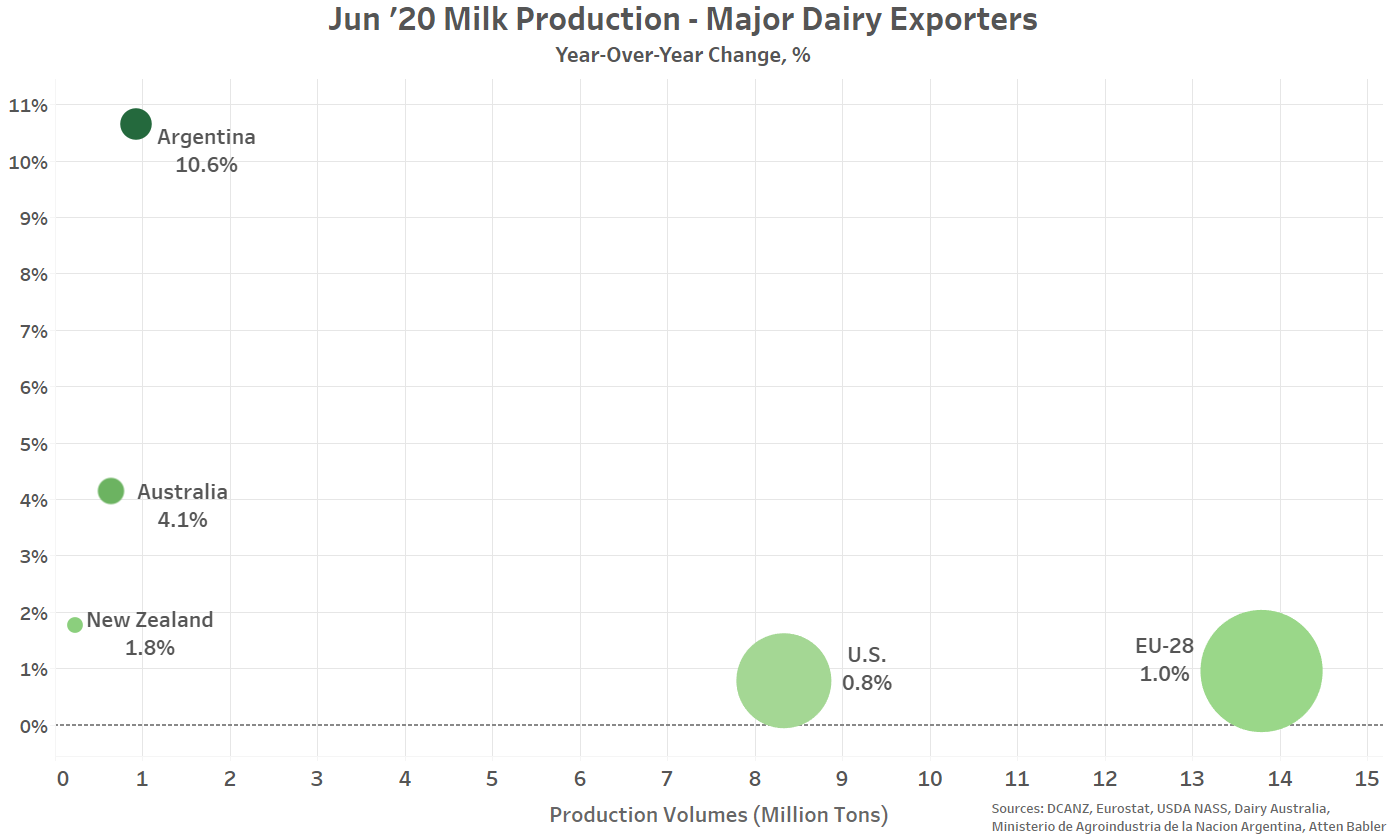 Excluding the U.S., milk production within the major dairy exporting regions increased by 1.6% on a YOY basis throughout the month of June, finishing above the growth rate exhibited within the U.S. for the second consecutive month. 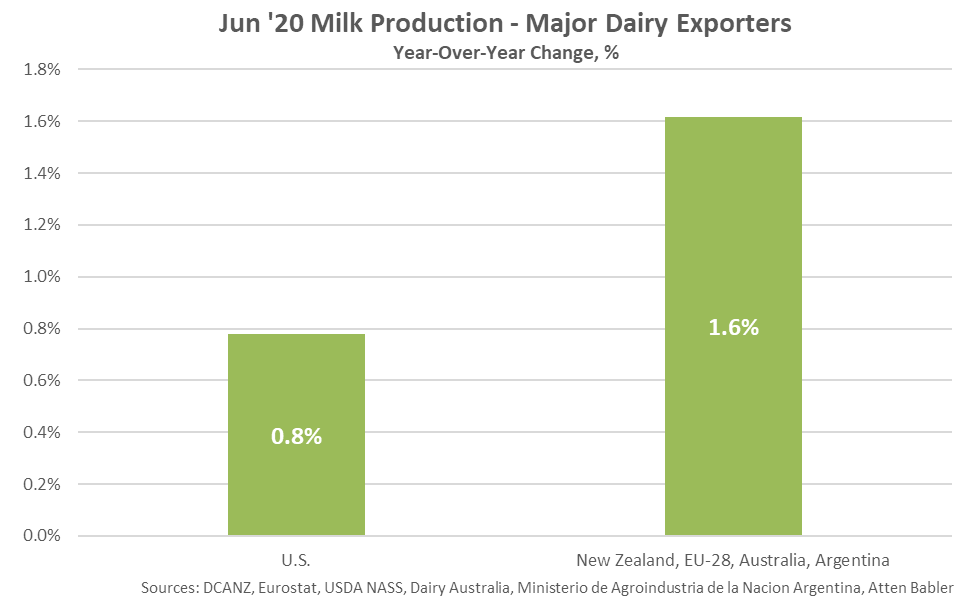 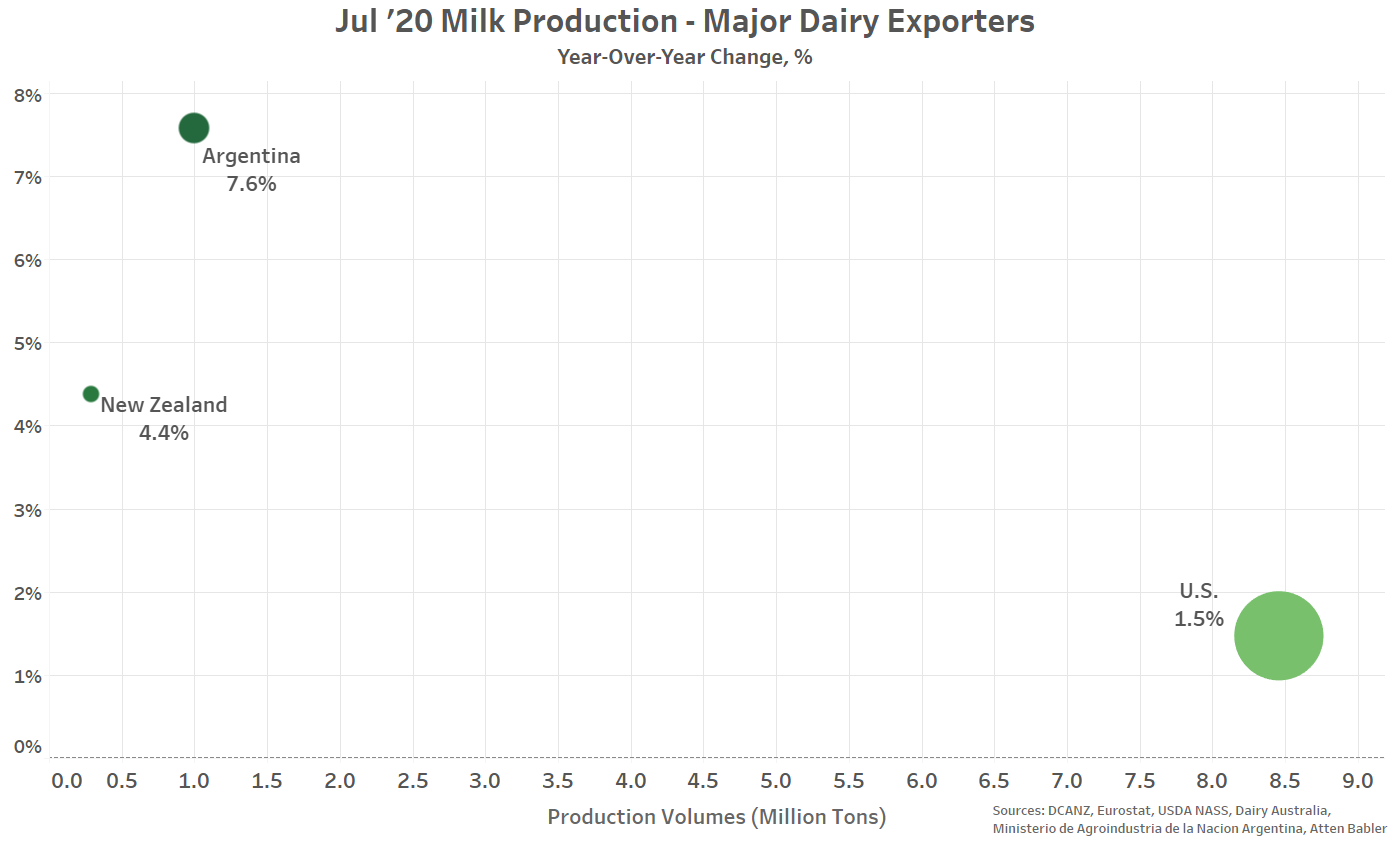