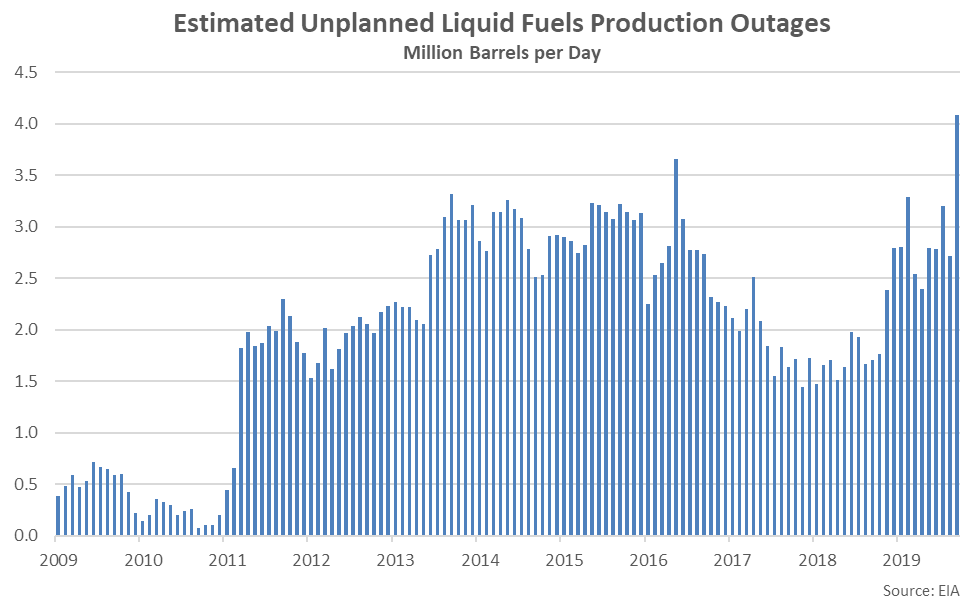 The Sep ’19 MOM change in unplanned liquid fuels production outages was also the largest on record, finishing above the previous record high experienced during the Libyan Civil War of early 2011. Saudi Arabian outages accounted for the vast majority of the MOM change in Sep ’19 figures. 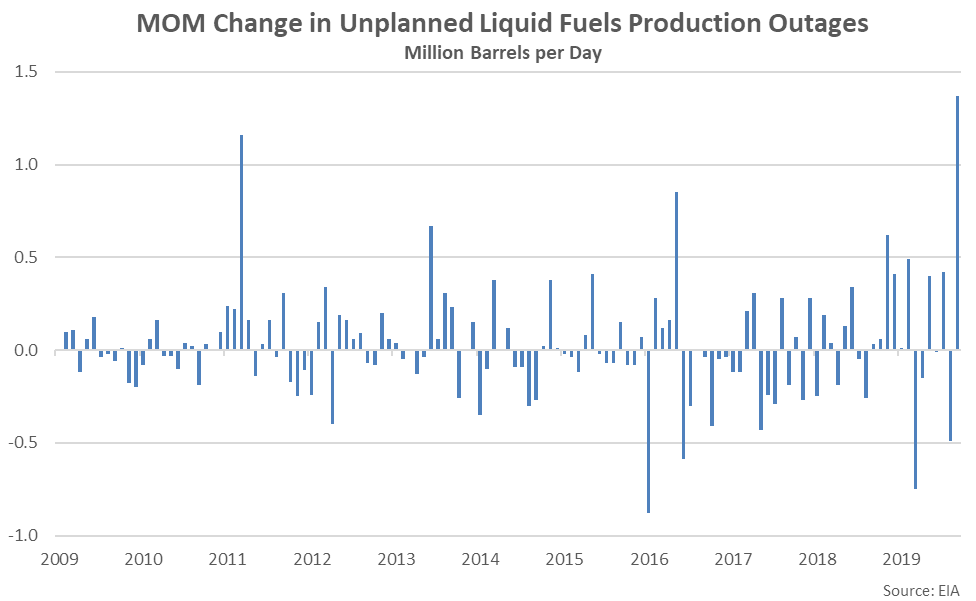 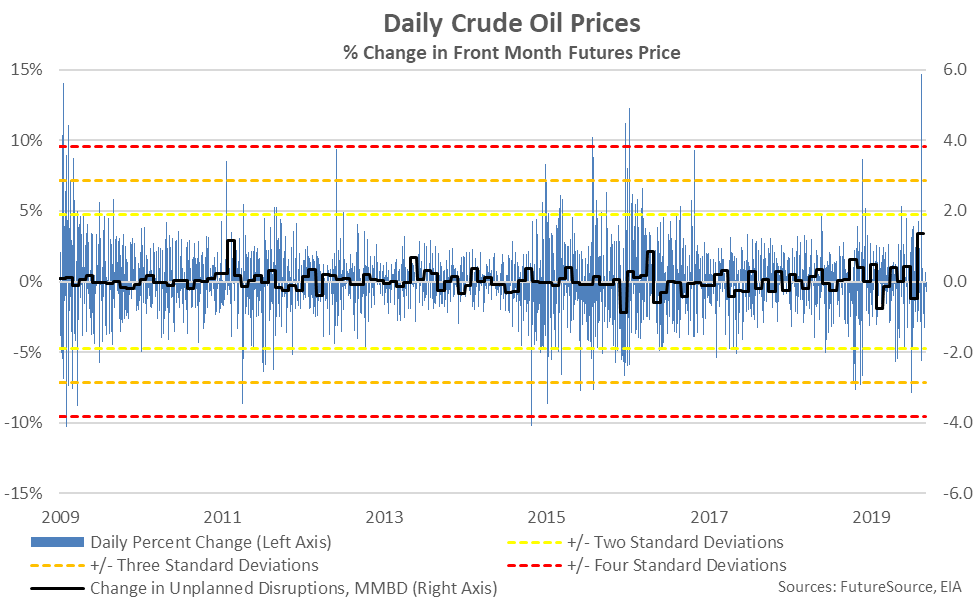 Crude oil prices have trended higher throughout the month following the three largest production disruptions on record, although longer-term price implications were mixed, as shown in the table and chart below. 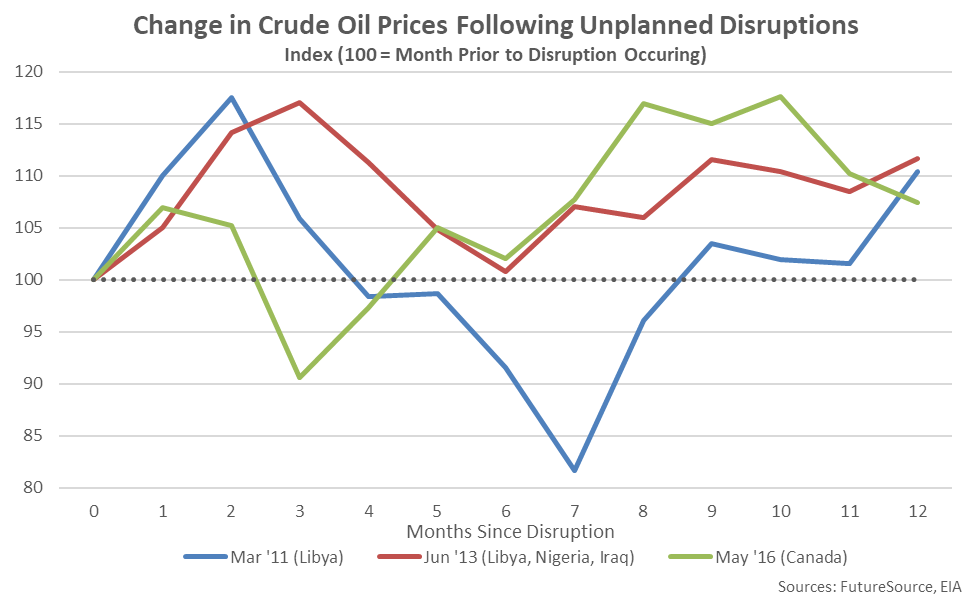 Saudi Arabia recovered supply to customers to pre-attack levels shortly following the attacks by drawing down crude oil stocks and it has been estimated that Saudi Arabia’s full oil production capacity will be recovered by the end of November. The quick recovery in production levels has contributed to crude oil prices declining below levels experienced prior to the attacks. Crude oil prices declined to a two month low level during the first week of October after increasing by over $8.00/barrel, or nearly 15%, following the attacks. 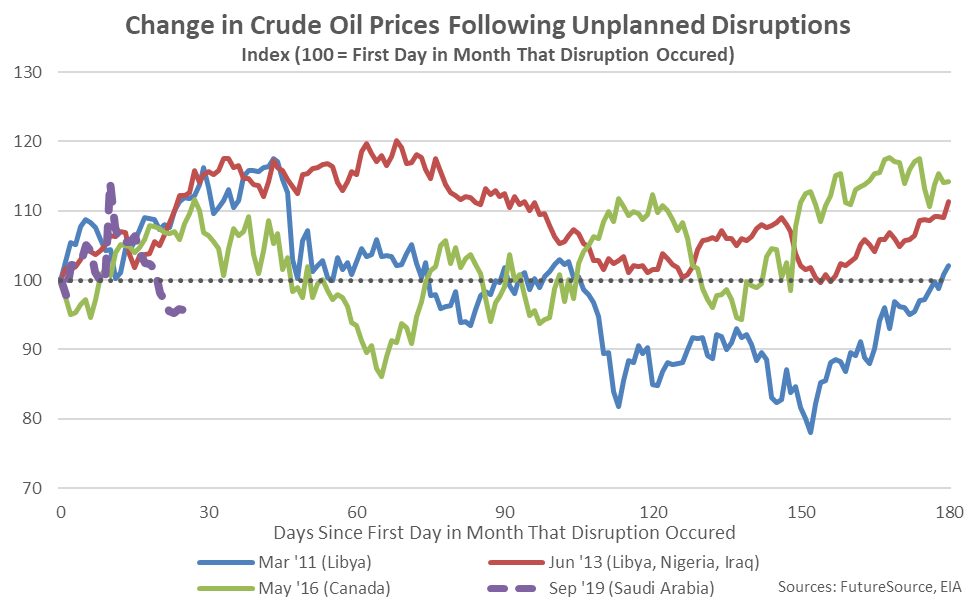