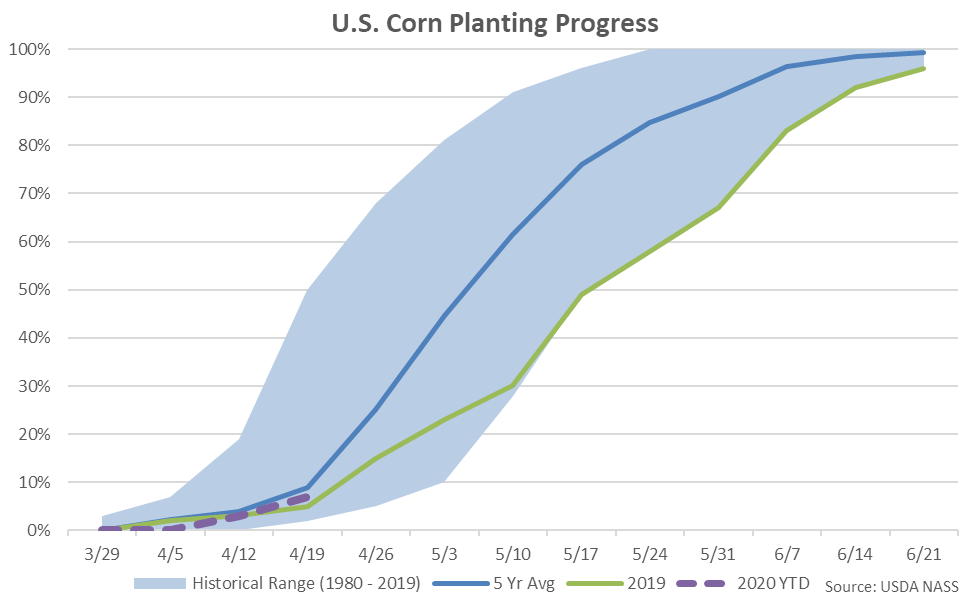 The majority of corn plantings have been completed throughout the states of Louisiana, Georgia, South Carolina, Texas and Alabama as of the week ending Apr 19th. 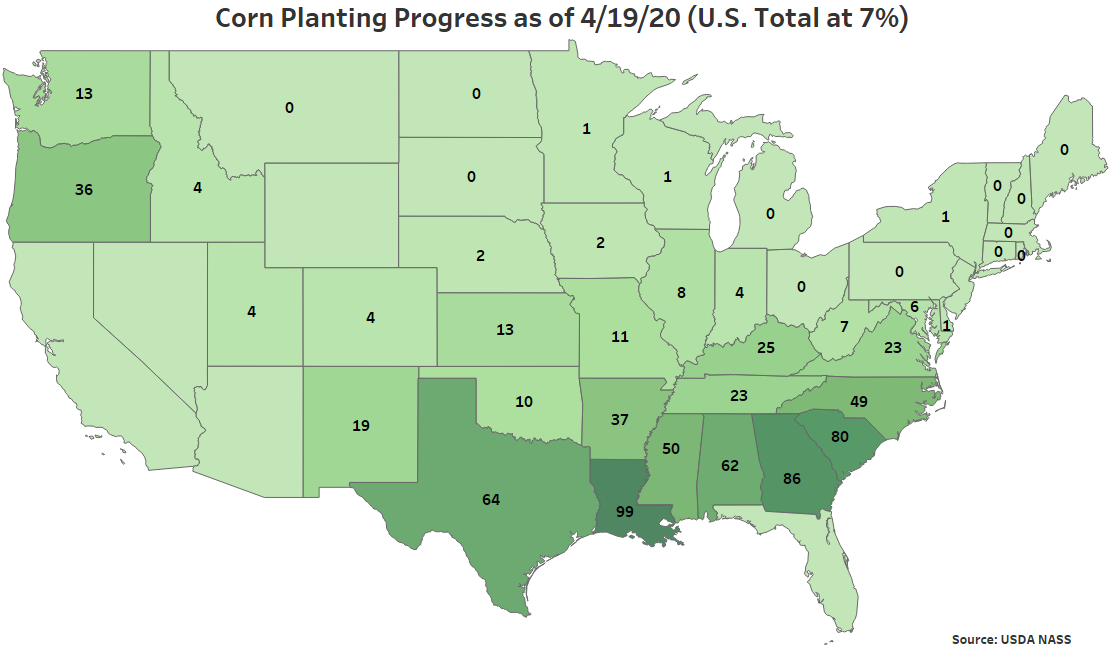 An additional four percent of the total U.S. corn crop was planted during the week ending Apr 19th. Weekly increases in corn plantings on a percentage basis were led by South Carolina, followed by Oregon and Arkansas. 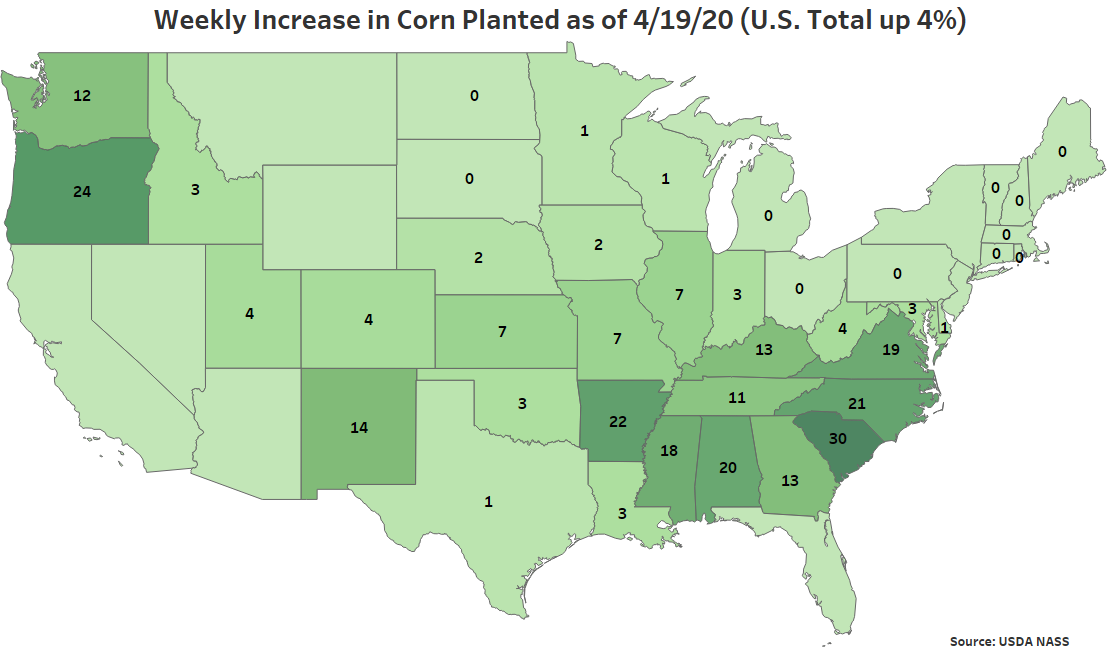