According to Baker Hughes, U.S. oil rig counts declined to a ten and a half year low level as of the week ending May 29th. May 29th week ending oil rig counts declined 6.3% from the previous week while finishing 72.3% lower on a YOY basis and 75.0% below the three and a half year high levels experienced during November of 2018. The percentage decline in oil rig counts was the smallest experienced throughout the past nine weeks on a percentage basis, however. Oil rig counts have declined in response to lower WTI crude oil prices, which have rebounded off of recent lows but remain 54% below the Oct ’18 highs during the week ending May 29th. Crude oil production has slowed throughout April, declining to a 19 month low level during the week ending May 29th. May 29th week ending oil production per rig increased to a 20 year high level. Crude oil production is expected to continue to slow throughout coming months according to drilling productivity estimates compiled throughout areas accounting for 95% of recent production gains, declining to a 22 month low projected level throughout the month of June. Oil Rig Counts Peaked in Late 2014, Prior to Declining Sharply in Early 2015 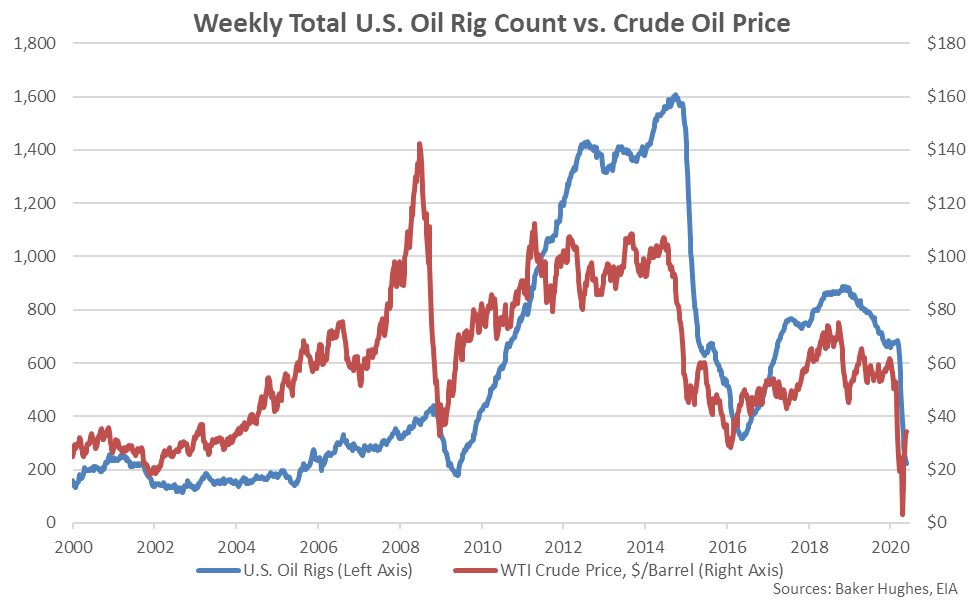 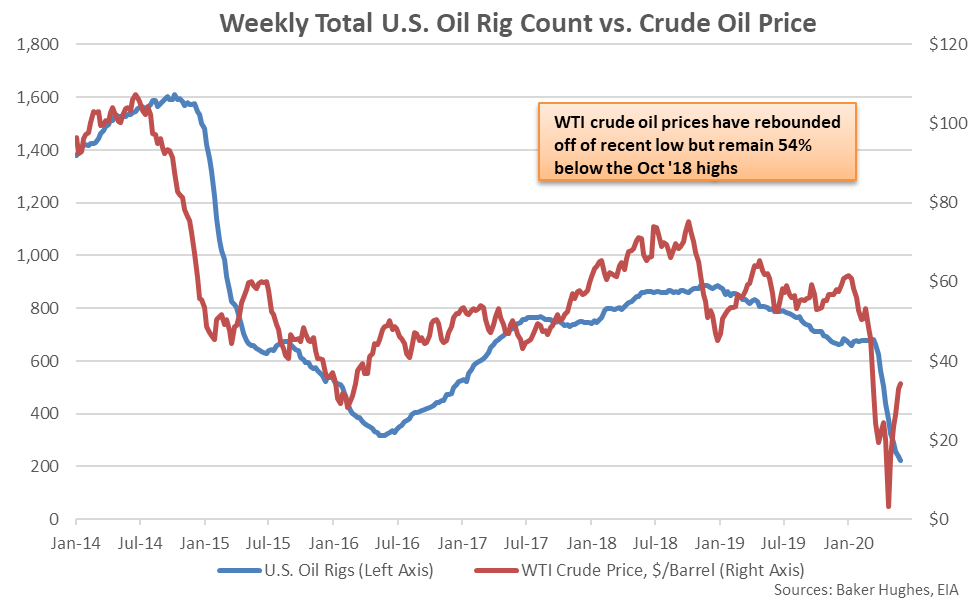 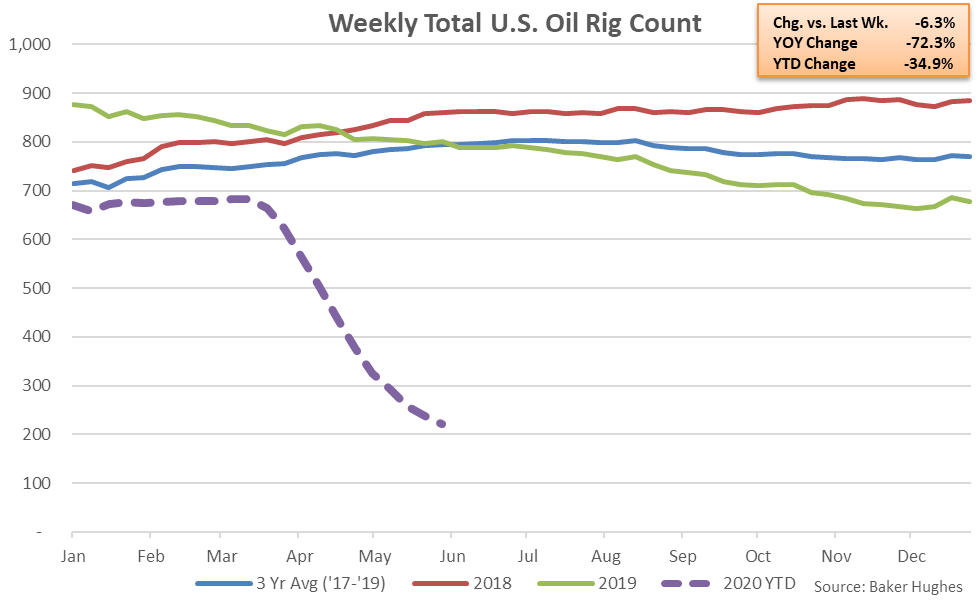 The May 29th Percentage Decline in Oil Rig Counts was the Smallest in Nine Weeks, However 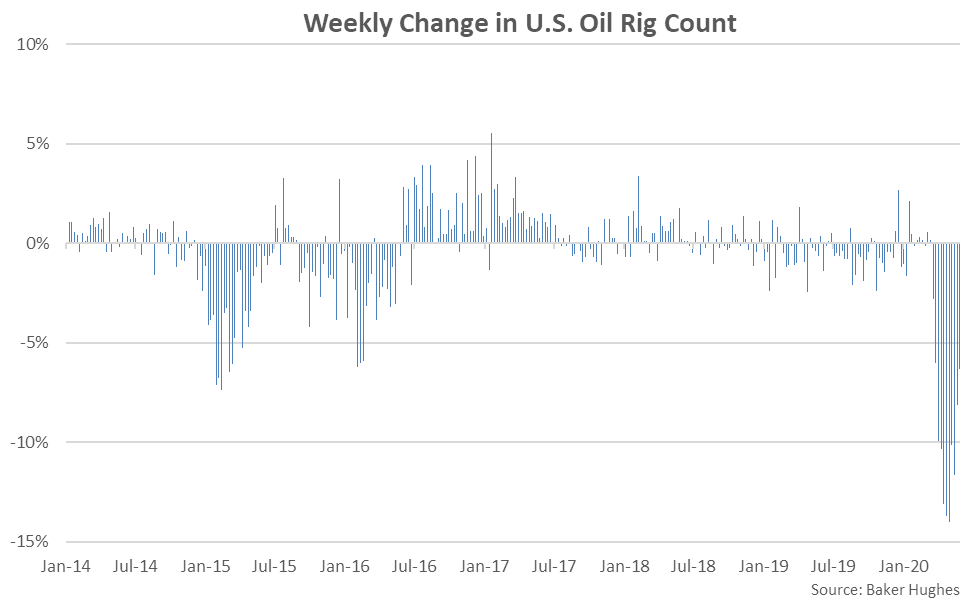 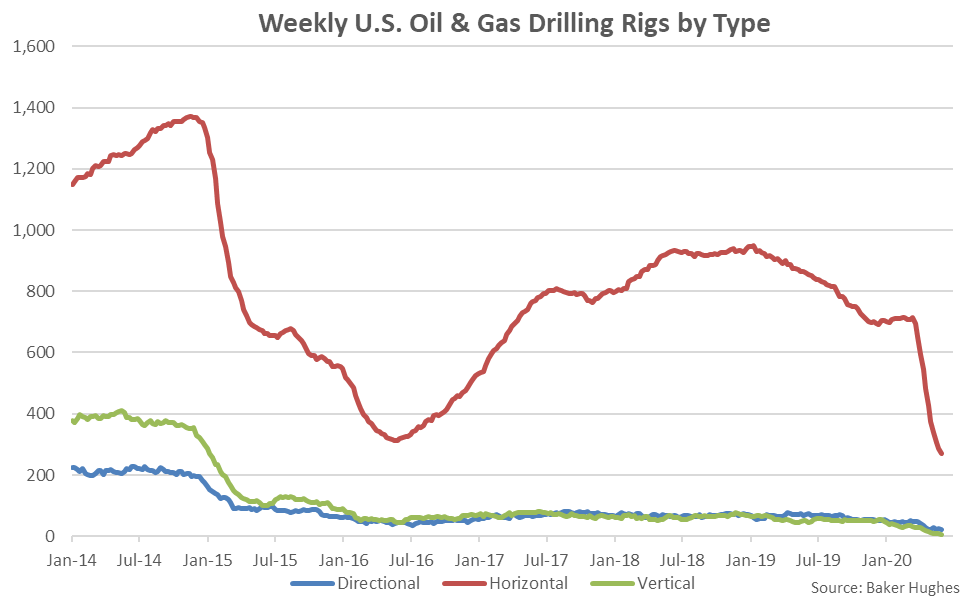 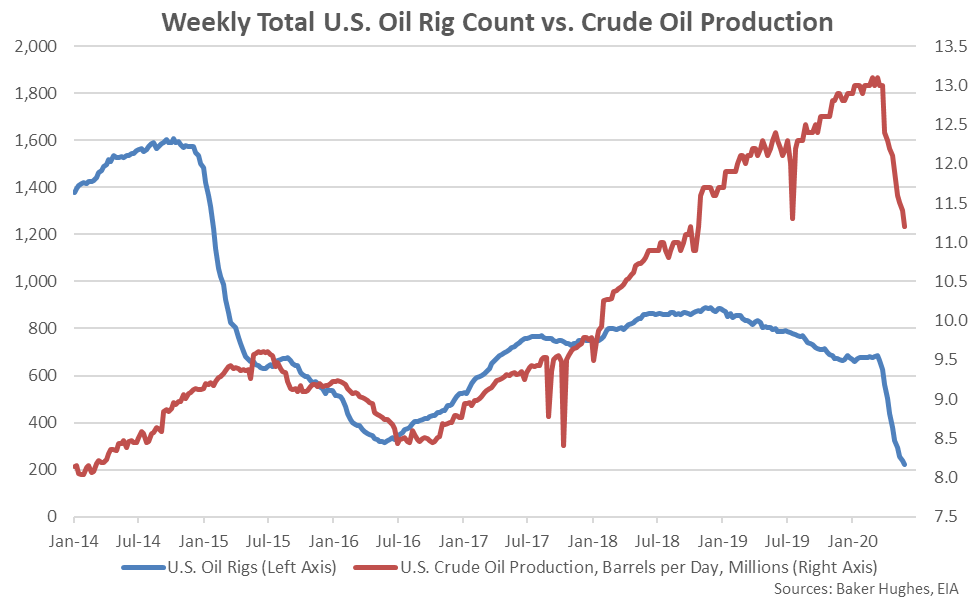 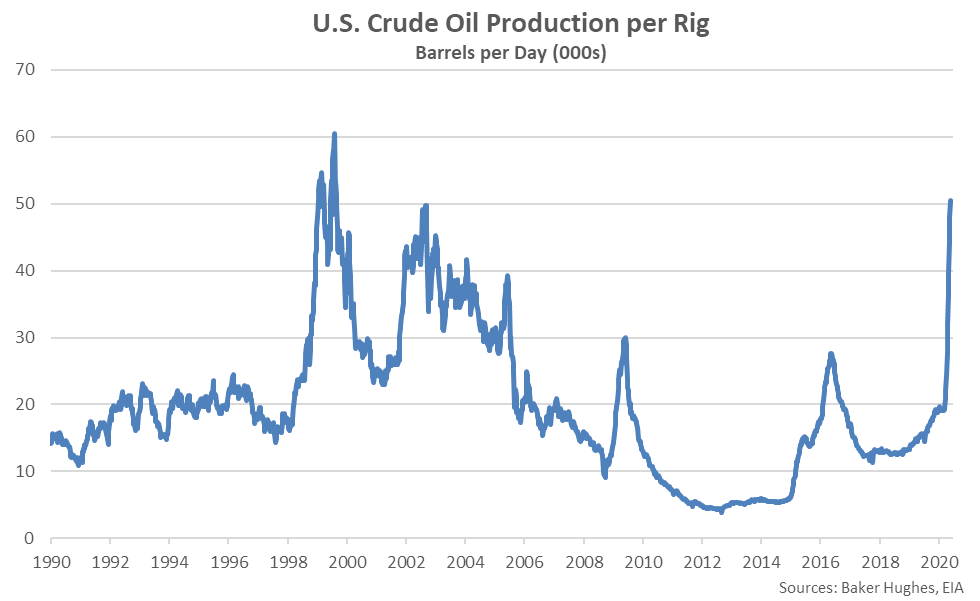