According to data provided by the EIA, declines in demand for petroleum products contributed to record increases in U.S. commercial petroleum product inventories over recent months. Reductions in economic activity and stay-at-home-orders associated with COVID-19 resulted in a significant decline in transportation fuel demand. Gasoline sales declined by upwards of 45% on a YOY basis throughout the first weeks of Apr ’20. 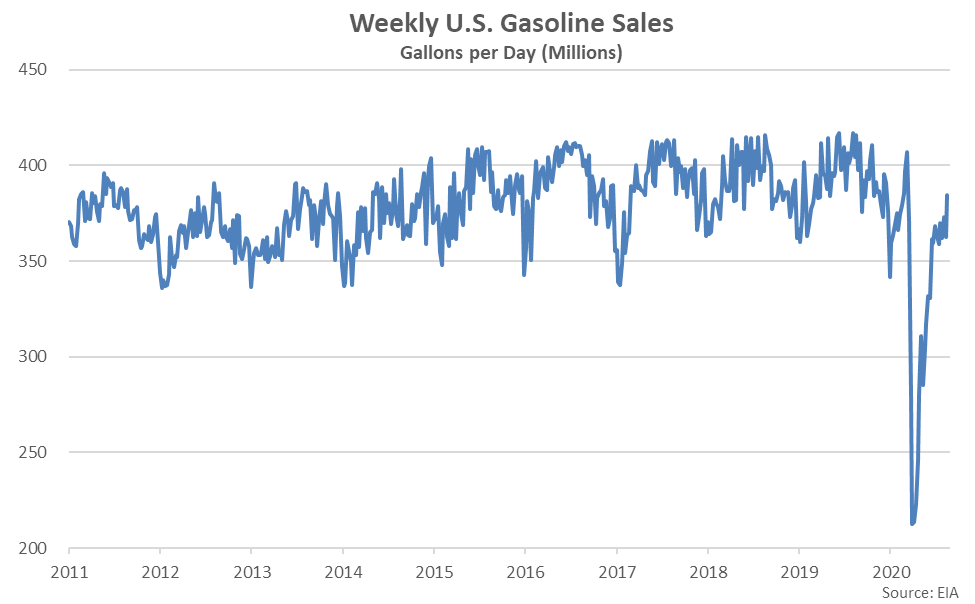 Monthly gasoline sales have rebounded to a six month high level throughout Aug ’20 but remain 8.5% lower on a YOY basis.

Total U.S. stocks of crude oil and petroleum products reached a record high level throughout the first week of July, prior to declining throughout five of the six most recent weeks of data. Total crude oil and petroleum product stocks have declined by a total of 32.1 million barrels, or 1.5%, from the record high levels experienced throughout the first week of July as of the week ending Aug 21st. 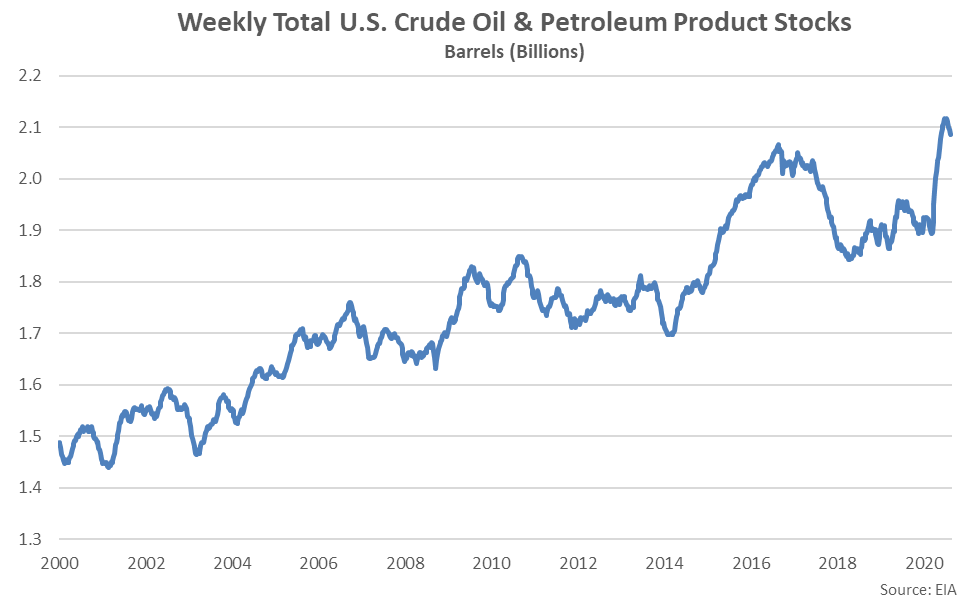 The vast majority of the decline in total stocks has been due to a reduction in crude oil stocks. Total crude oil stocks (excluding Strategic Petroleum Reserve stocks) have declined by a total of 31.4 million barrels, or 5.8%, throughout the past month and a half of data, reaching a 19 week low level, overall. 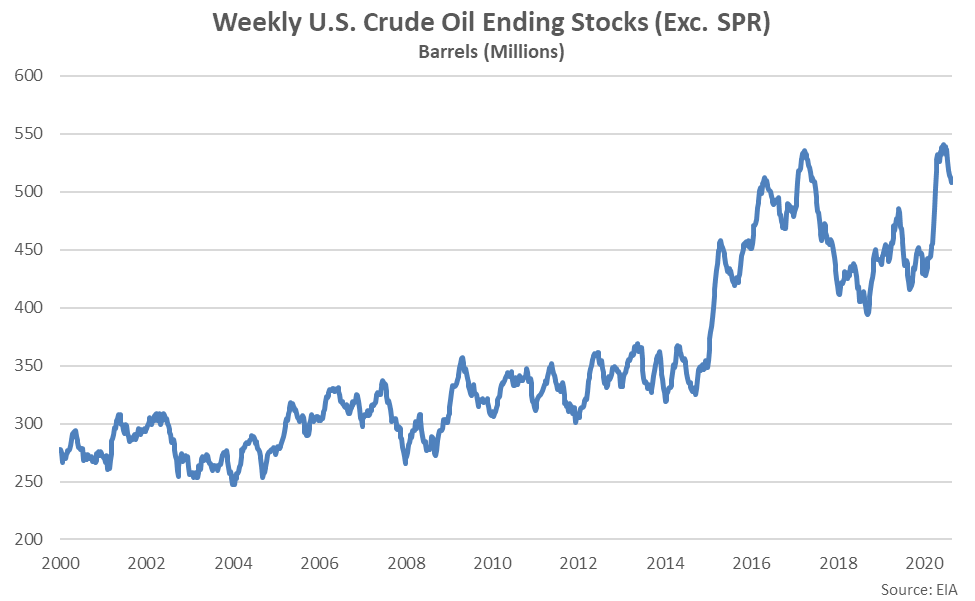 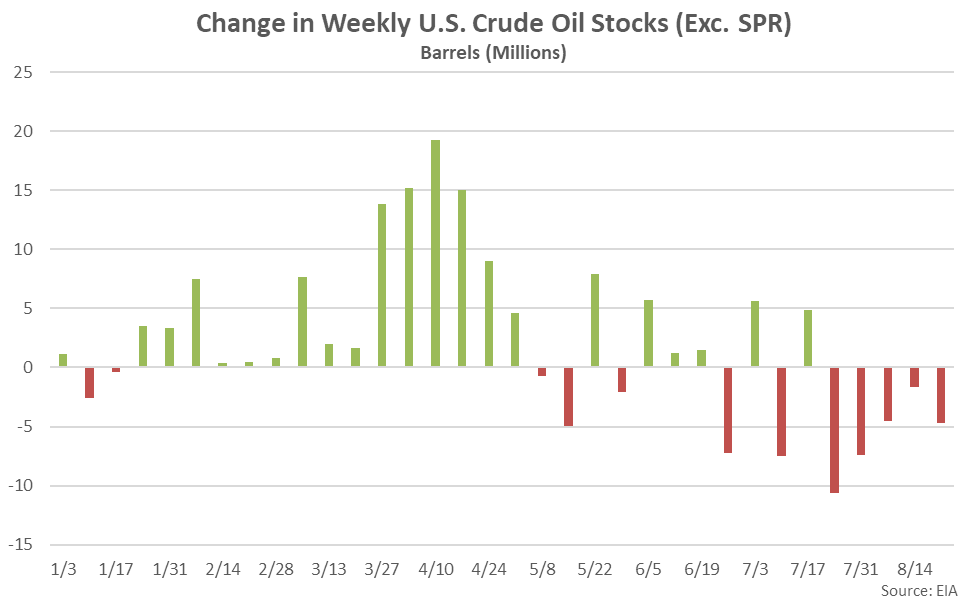 Despite reaching a 19 week low level, total crude oil stocks remain significantly higher on a YOY basis as of the week ending Aug 21st, up 18.7%. 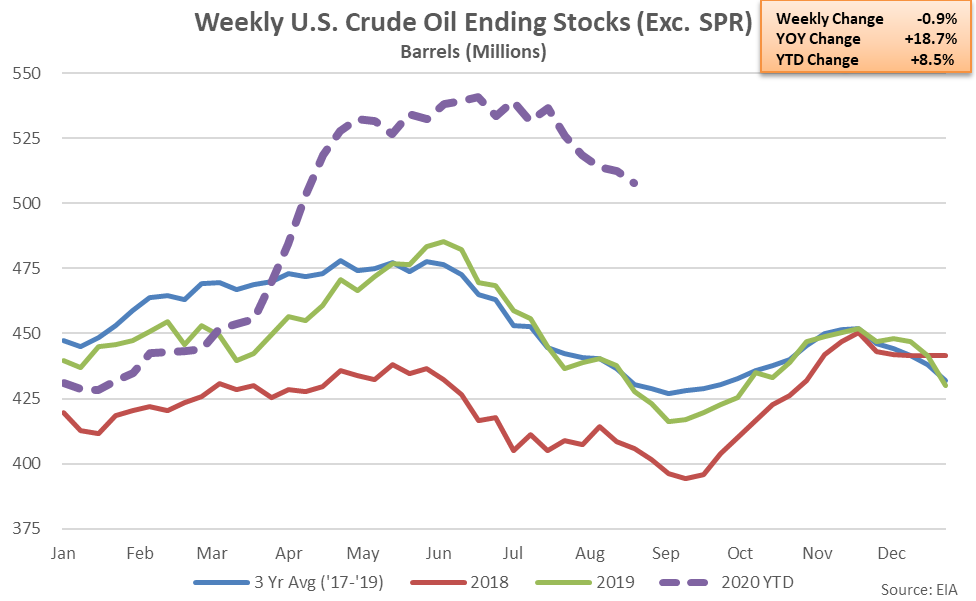 Crude oil storage is estimated to be approximately 61% full, with capacity to store up to another 295 million barrels. Cushing, Oklahoma crude oil storage utilization is estimated at 67%, down from levels upwards of 80% which occurred throughout the months of April and May. Availability of crude oil storage at the Cushing delivery point is necessary to facilitate the physical transfer of WTI crude oil futures contracts. 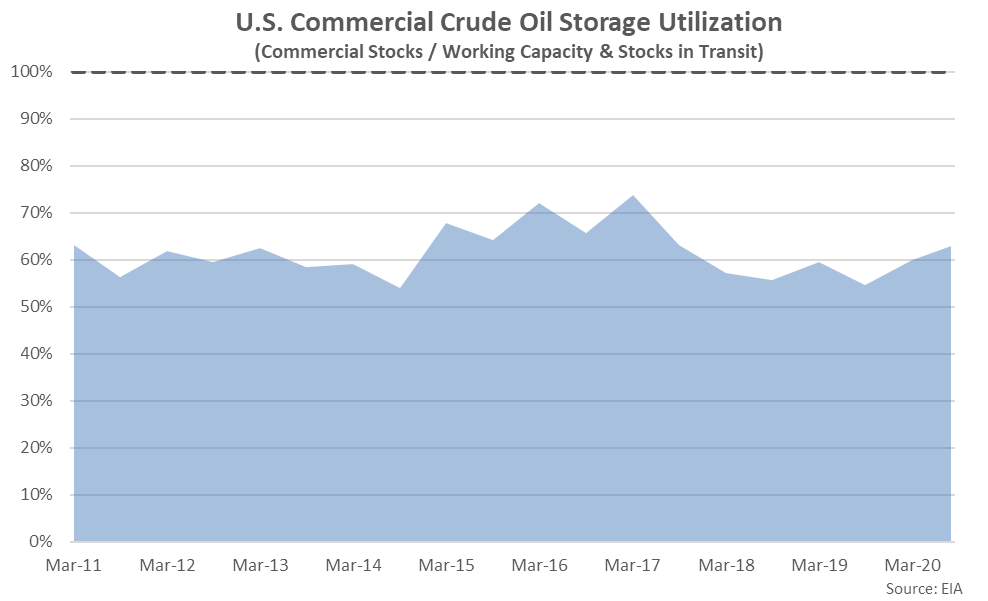 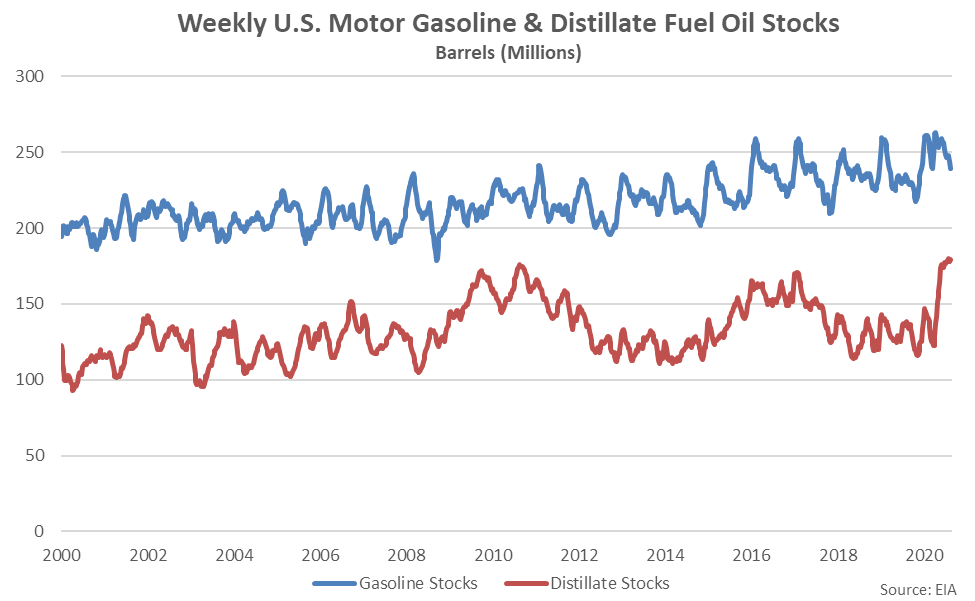