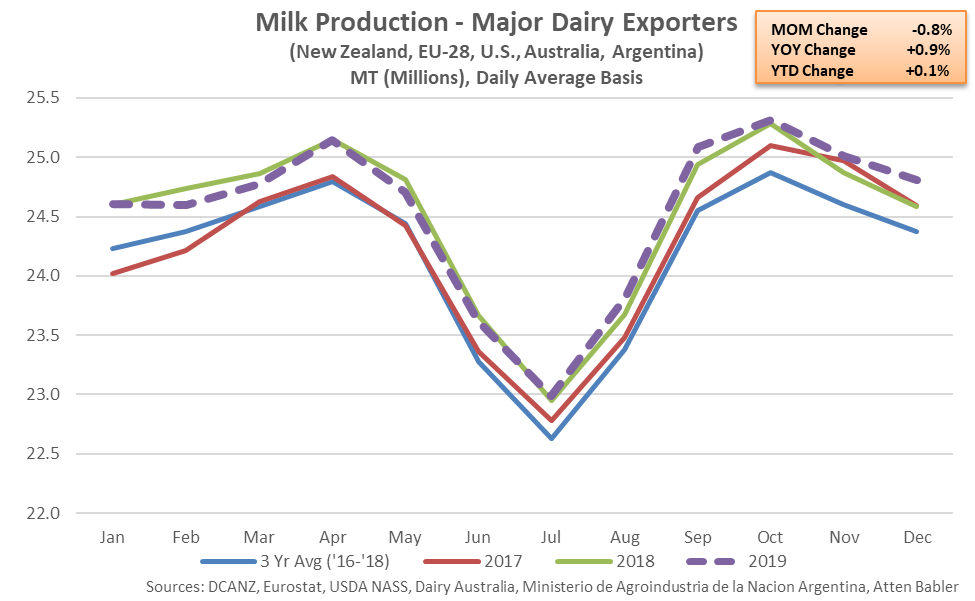 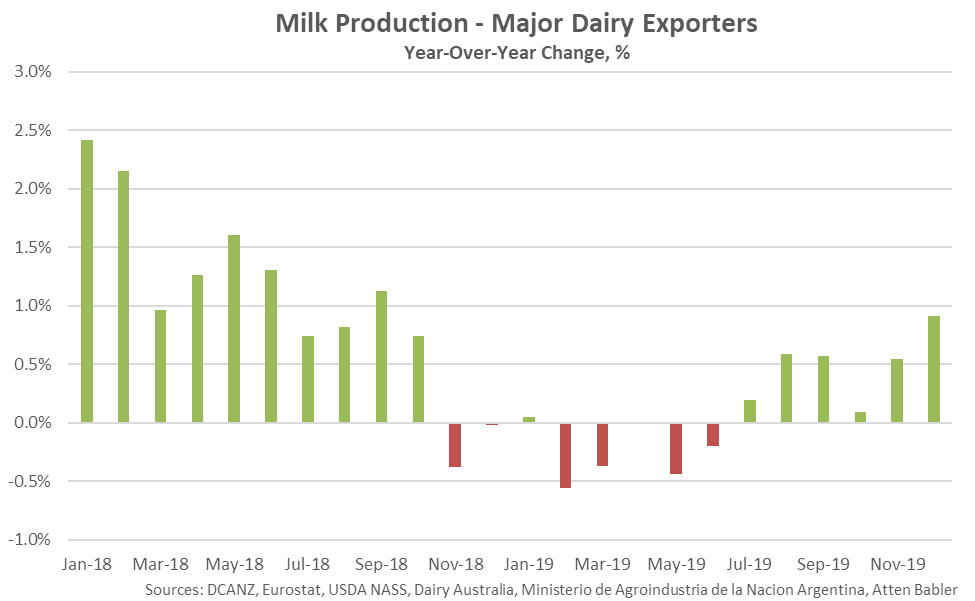 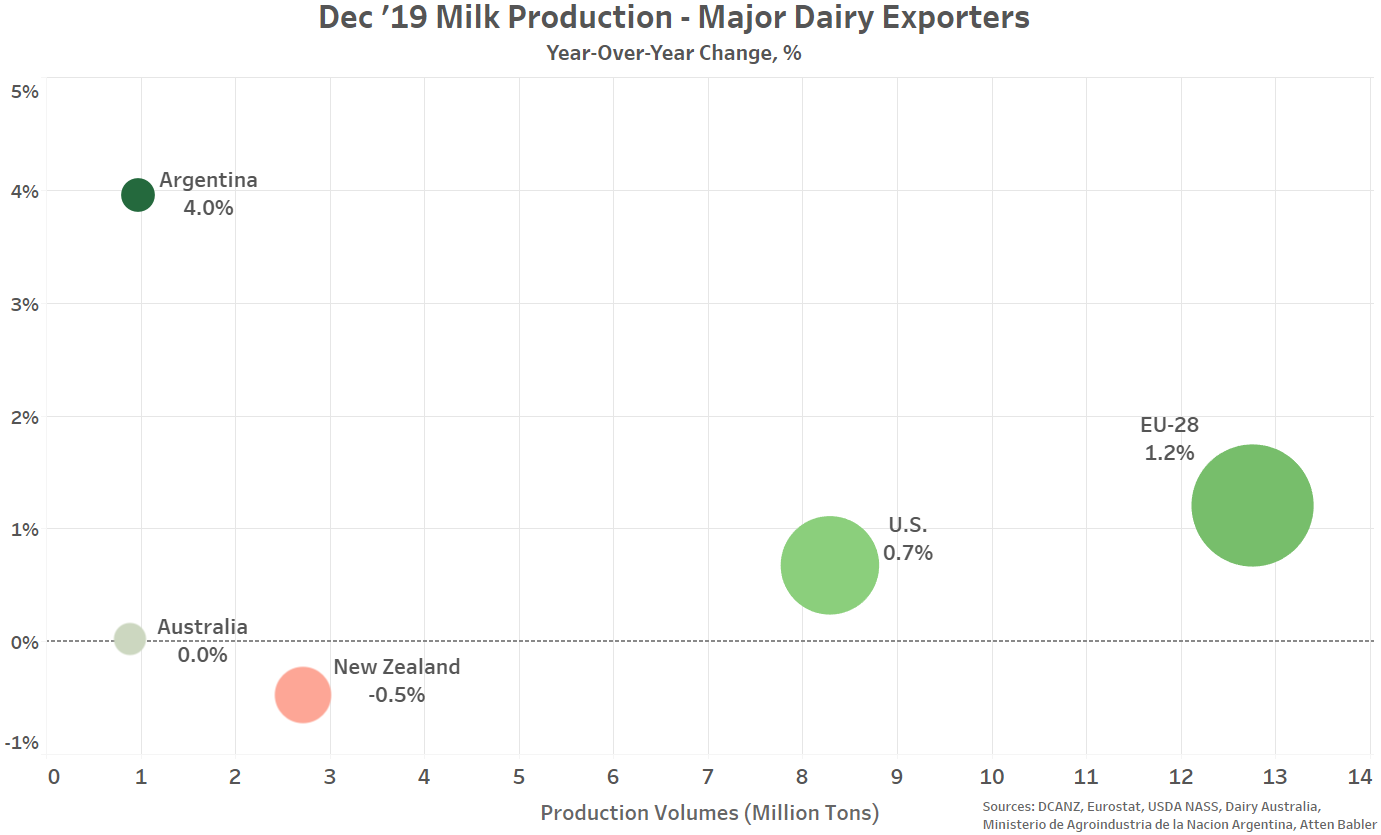 Excluding the U.S., milk production within the major dairy exporting regions increased by 1.0% on a YOY basis throughout the month of December, finishing above the growth rate exhibited within the U.S. for the first time in the past four months. 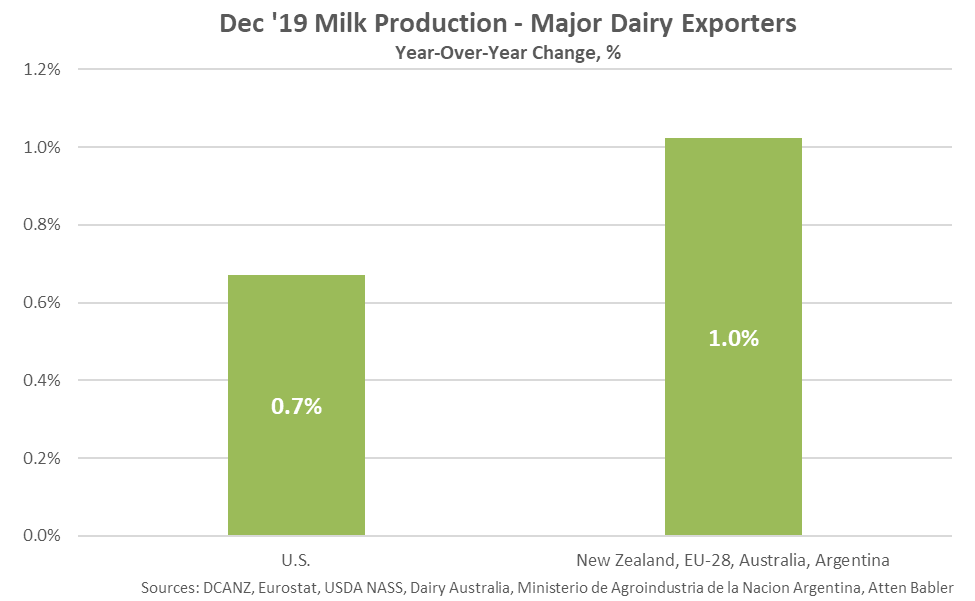